Won't Someone Nick My Script or Idea? 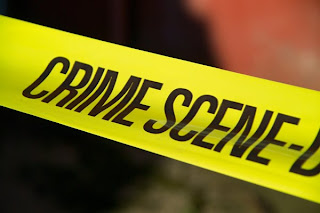 I thought in this age of blogs, peer review, Twitter etc this one had *finally* gone away... But like the serial killer who MYSTERIOUSLY COMES BACK TO LIFE in horror movies (despite being impaled, shot in the head and thrown out a window), I go and get THREE emails in the space of just a few days from writers worried about this.

I can't stress enough: no one is **out** to nick anyone's ideas or scripts. I've never once heard of a credible case of this happening, in all the years I've been reading - the best part of a DECADE now. Here are some reasons why:

It's bad business sense. If a producer or whoever nicks a script off someone, s/he would soon become very unpopular in their circle... And this scriptwriting/filmmaking malarkey is a smaller pond than you might think.

Your script is probably not as great as you think it is. Whilst I'm not keen on making generalised divides between "grades" of writers, in my experience, script "nicking" is generally something NEW writers worry about. More experienced writers give it very little thought and even know it's DESIRABLE to show their scripts to as many people as possible and this practice can even make them better. Please note, I'm NOT trying to be patronising, I just want to describe this notion: we all have to start somewhere and our first scripts are NEVER the best we can do (even if they're good scripts!), because we're still learning and evolving as writers. I am proud of my first scripts; I worked hard at them and I think they were good - some other people thought so, too which was gratifying. Can I do better now? Undoubtedly, unreservedly YES. And that is, in part, down to the feedback of others, both colleagues and unconnected readers, directors and producers.

Even if your script is brilliant, it's probably not "ready" yet. I'm not just saying the above to be harsh either; maybe your script is a GREAT example of craft with a fab premise at its heart. Brilliant, good for you. But seriously, who produces work *as it is*, without any input or development? 'Cos I can't think of anyone. Again, it would be bad business sense. Producers et al will find the money to make the project; on that basis then, they will want some creative input for that money.

You cannot copyright an idea and newsflash: this is a GOOD thing! I'm consistently surprised by the number of writers who miss the point on this one. Just think, if ideas WERE copyrighted, there would only be ONE werewolf story; ONE science fiction world; ONE "fish out of water" comedy; ONE biopic of various historical figures and so on and so forth. The whole point of this industry, "the same... but different" would be completely blown out of the water. Writers' hands would be COMPLETELY LEGALLY TIED by what had gone before! It would be a disaster for creative people.

There ARE ever-popular ideas. This industry trades in ideas and drafts and the development wheel is always churning. Some ideas go round and round and round for YEARS, decades even! And script readers are often party to the "ever-popular" ideas, the ones that come back over and over again. So if you write a script about a poker tournament; a school election; a girls' football team; a psychic detective; any number of writers' biopics (especially poets); a man or woman's journey to find the perfect partner (often via a TV show); King Arthur; modern adaptations of King Lear or MacBeth; an unsigned band trying to get in the charts; the hilarious pursuits of ill-matched flatmates all living together; a nerdy man who is struck by lightning and becomes a LOVE GOD; a child who saves the world through psychic powers; a Dr Who style character who saves the world with his rag-tag bunch of mates; a group of women (usually cancer-survivors) who find themselves on some sort of journey across the desert, up a mountain or on a boat, then TRUST ME: I've seen those stories a MILLION TIMES BEFORE (and those I've listed are just a small number). That's not to say you shouldn't write them; familiar ideas show there is a "need" for that story audience-wise, if done right. But if you see a movie go into production that's SIMILAR to the one *you* wrote? Don't think, "My idea's been stolen", think "someone had the same idea as me". It's SOOOOOOOOOOO much more likely!

So, chill: get those scripts written, get feedback on them, get them rewritten, get them out there. No one's going to nick them off you. Here's a previous post on this same subject, Copyright Myths Exploded. And here's a fab (short) factsheet on UK Copyright Law.
Posted by Lucy V at 1:32 AM

Great post, clearly explains everything I usually end up ranting and nonsensically rambling about when fellow writers say 'I'd tell you but i'm worried the idea might get out' etc.

Pretty much all the basic ideas are out, I find myself more often than not trying to figure out how to execute the same story that's been told over the years in a different way.

I've never been able to understand how dumb people can be about 'ideas'. I've even created a blog where I post ideas and give suggestions about how to follow them through. Who cares? No one cares! Ideas are like a**holes, everyone has one and they all think their's doesn't stink.

Recently I had someone contact me who wanted help developing an idea into a feature script and they insisted I sign an agreement before they would let me look at it. I wrote back and told them a few home truths about ideas, copyright and paranoia. I wasn't surprised when I didn't hear back from them.

I also heard a tale years ago about a couple of newly graduated lads from a scriptwriting course who wanted to set up a business selling script ideas to production companies. The person they told this to quite rightly laughed in their face.