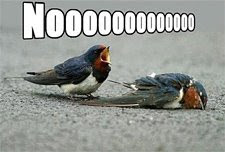 Many people ask me what is the "best" way to go about writing a feature in particular. My answer? There is no "best" way. But it's definitely going to help if you've done your prep first.

But we were, like, wrong. Man. You have to be a mentalist to not write an outline or treatment first, because an outline or treatment actually HELPS your writing. Those specs that are outlined and treatmented (word?) first ARE better scripts. Why? Because they are not streams of consciousness. Events make sense. Characters do stuff that pays off and are generally more rounded. Arena is better developed. It is *just generally* better. Plus all the *really* sucky inevitable first draft crap is gone, because the writer has excised it as s/he works out what will happen already. That makes a reader's life a WHOLE lot easier.

But what is the difference between an outline and a treatment? What about Beat Sheets? Scriptments??? There's such a vast array of names out there, it's no wonder writers and producers alike are confused as to what the other is doing or asking for. As a general rule, whenever a producer asks me to write preliminary stuff like this, I always ask them what they are expecting: one page? Five, ten? A breakdown on characters, plot? A list? A short story? What?? It's a system that seems to work well, since I've never known anyone to say anything along the lines of "WTF are you asking me for, you should somehow see INTO MY BRAIN and know automatically, YOU'RE FIRED!" Whereas I AM haunted by one instance where I SLAVED over a fifteen page "pitch" about four years ago for one guy (who I'd had a very long meeting with a week earlier), transcribing all my notes from that meeting into a workable storyline... Only to be told he'd only be looking for "twenty five words or something, you know, a logline; the story's not set in stone yet, I'm not even sure I want to go this route." OUCH.

There is no "industry standard" when it comes to pitch packages, so setting your own perimeters with your producer or knowing what others put into theirs might help you get started. So here are my thoughts on what they all are. Hope it helps...

I think of outlines as writer-only material. It's the document in which YOU work out your storyline, though you can share it with script readers and editors, natch. Five or six pages should do it for a feature; less for smaller scripts obviously. Since it's all about story, I don't think you have to stress too much about character in an outline; it's all about making sure the story is coherent and in the right order. I recommend to Bang2writers generally that they write an outline in the style of a short story, even starting "Once upon a time..." if that helps (and it does some people). However I've seen outlines written as bullet points, mind maps and all sorts (though I HAVEN'T done coverage on these btw). As long as it makes sense to YOU and in turn means a coherent script will come out of it, who cares what it looks like? Better to start with an outline that looks like hell than write a script with no outline at all my ol' grandma always used to say... Actually that's not true, she said the rainbow men were coming 'cos she was totally barking, but you get my drift.

TIP: If you cannot finish your outline or have a problem with something in it, it's wiser to work on it THEN than just gloss over it and go to script regardless.

I think of a beat sheet as a list of everything that will happen, in order, throughout your screenplay. Some people call a Beat Sheet a Step Sheet or a Scene Breakdown. If you work in TV, especially soap, there's a good chance you will be expected to submit a scene breakdown to your script editor for approval before going to script. If you go on a long screenplay course like a degree or mentorship, you may be asked for these too. I think Beat Sheets are brilliant because it's a way of diagnosing "flabby bits" in your screenplay or seeing in advance that one effort is better placed somewhere else in order to pay off later. They are however incredibly dull to write AND read. But they really are worth doing. You just have to grit your teeth and get on with it. I like to write my Beat Sheets with sluglines so I know where each scene takes place AND it's all there ready for me when I start the script so I never get lost, but you don't *have* to do this.

A treatment can be prep; you may write one to explore your story or to submit for a particular initiative or funding source. This will become your SELLING document. It is this you will use to get your producer and hopefully your deal. This is why the treatment must be uber-polished and must totally rock.

I get loads of treatments now, either through private clients or Scottish Screen. The key to a good treatment I think is not only in hooking the reader in, but remembering it's all about STORY. You can do this any way, but I think the short story idea is a "goody" again here because it's a simple format that is hard to screw up: if you use something like Grimm's fairy tales as your template, you have an automatic Three Act Structure to give you a hand. However, I have seen treatments that divide up Acts that have worked well; I've also seen treatments with introductions by producers, character lists, or written supposedly by the characters themselves - letters, diaries, biographies and suchlike. Sometimes a well-thought-out accompaniment helps, like a photograph of the lost place, character or pet which iws the focus of the piece. Once someone had gone to the trouble of making a fake front page with the news that kicked off the story, another wrote the treatment AS a magazine article, complete with pictures of the characters.

When these fancy ideas work well, they can be brilliant. But beware of covering up a poorly conceived story with fancy artwork. The treatments I read are so often just a series of visuals and this means I haven't got a clue what is going on. you need to make every action of your characters' journey obvious, it's like scene description; don't think about the LOOK of the scene, but how your STORY fits together. Character is often undersold in the treatment too, which is why I'm a big fan of what people sometimes call the "scriptment", which appear to be treatments with dialogue in, something I've only seen spring up in the last two years or so. The key here is in making sure that you don't go OVERBOARD with the dialogue; using a little to characterise certain people works wonders - use too much and the reader wonders why you bothered submitting a treatment, why not the actual script?

NEXT: Synopsis or Pitch Doc, which should I choose?

A Rather Good Collection of Treatments, Step Outlines, Scriptments from the lovely peeps at Simply Scripts

How to Write A Step Outline (eHow Guide) - a useful breakdown

Writing Treatments - my favourite site, contains everything you need ever know about treatments
Posted by Lucy V at 6:13 AM

Scriptments...blimey! What will they think of next.

"lovely peeps at SimplyScripts" That is so kind of you.

Top stuff yet again, Lovely Lucy!
Thanks for sharing!

Hmm, yes an outline is probably essential when writing a screenplay. I definitely could of saved much time and effort, if I'd done so. But it's all about learning the hard way (for me anyway) and putting the time in. I think once you have a framework, which is essentially what we're talking about, then the subconscious creativity can take the reins within these parameters.

You're all welcome guys!

No probs, glad it's useful Tom.

Clear and concise as always, Lucy

Googled the following words "screenwriting beat sheet step outline" and your post/blog came out on top. Bravo! You're in the big leagues, girl. Keep at it!

Vince
(yeah, I know. Look at the date for this comment. Been a while, eh?)