Who Am I? Check Out My Full Bio, HERE 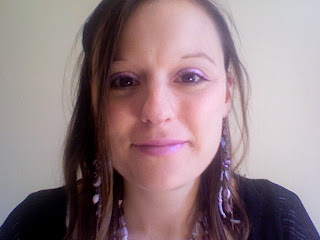 Lucy V Hay is a script reader/editor and writer living in Exeter, UK. She is represented by Julian Friedmann at Blake Friedmann, London. Lucy was included and rated in The Creative Screenwriting "Best Analysts" survey 2010.

Lucy's novel, BAUCH-ENTSCHEIDUNG (Gut Decision) was published in the German Language, but Rowohlt, Berlin on January 3rd 2013. Buy it on Amazon, here.

Commissioned by Creative Essentials, Lucy is currently working on a screenwriting book, WRITING AND SELLING THRILLER SCREENPLAYS, due out September 2013. Pre-order here.

In addition to her work with JK on a number of different projects, Lucy has script edited for many, many independent directors, producers and companies, including Stiletto Films (Fingerspellers, the UKFC funded Hands Solo) and Embrace Productions (Triad Gangster Thriller, Act of Grace).

Script Reading. Starting her reading career with literary agent Futerman Rose, Lucy has read for a wide variety of organisations, initiatives and companies. Amongst others, she has read for Scottish Screen; Initialize Films; The Screenwriters’ Festival Script Market Initiative (09); The Sequel To Cannes Scriptwriting Competitions;  Premiere Picture and the London Metropolitan University METLAB initiative as well as individual directors, producers and writers (new to professional).

Writing and Producing. Since graduating from Bournemouth University's BA (Hons) Scriptwriting for Film and Television in 2003, Lucy has been privileged to work on many paid ventures, such as short film, a feature, online and print journalism, website copy, multi-platform storytelling and virals. She has also worked for the games and toys market, most notably for the Lego company. She has produced two short films, SAFE and horror spoof SLASH, currently in post production with Studio Schoque, London.

Many thanks for reading -- best of luck with your projects!!